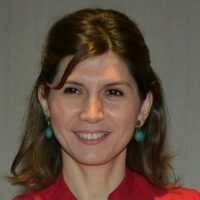 Assistant Director of the Hollings Center for International Dialogue

Erik Eenlo: Many people have started to associate Turkey with Recep Tayyip Erdoğan heavy-handed rule and see Turkey as a country going through a process of democratic backsliding. Therefore the fact that the opposition managed to beat Erdoğan´s ruling party in Ankara and Istanbul is seen as a welcome development that speaks a lot about the health of Turkish democracy. How would you describe the political and social situation in the country under the constitution that was narrowly adopted after the coup d´etat attempt?

Sanem Güner: As a testament to how fast everything can change in Turkey, the victory of the CHP candidate in Istanbul was overturned by the Higher Election Board last week. There will now be a redo of Istanbul mayoral election next month. This case is very typical of AKP’s rule: having all state apparatus in their hands, and with no checks and balances under the newly adopted presidential system, the government and the president are able to contest and overturn democratic processes if they do not like the results. Thus it would be wrong to conclude, simply because non-AKP candidates were elected in certain key places, that Turkish democracy is ‘healthy’. Elections in Turkey cannot be free and fair under the current circumstances. Mainstream TV channels and newspapers belong to companies owned by people close to the President, and even those that are not in his close circle, are at his orders for fear of reprisal in business life. Statistics show that in the election campaign period, for each minute of airtime allotted to the main opposition party on the state television TRT, AKP had ten minutes. There have been reports of voter intimidation, especially in the Southeast where AKP and HDP were competing. Elected mayors have been denied taking over their positions, because the Higher Election Board ruled that those who were purged from their jobs with a decree would not be fit mayor-elects (despite accepting their candidacy in the time period allotted). Despite these adverse circumstances, the opposition coalition was able to win victories, most significantly in Ankara and Istanbul, which lifted the spirits up of the opposition voters, and created an air of optimism across the country. Even after the decision for the repeat election, the morale of the opposition is high. The Higher Elecion Board’s repeat decision was simply an unfair one in the minds of many, including AKP supporters; so we see a coalition forming across many sectors and to an extent across party lines. Under this current atmosphere, the CHP candidate seems to be maintaining his momentum. Still, there are those skeptics who claim that the President and the AKP would not have undertaken such a risky act if they were not sure that they would win in a repeat election scenario. This in turn brings into question election transparency and reliability. To sum up, this government and president have always argued that the ‘people’s will’ is what needs to be manifested in governing the state (because they were able to maintain a majority, even if with a thin margin). Yet, when that will expresses a result that is not in their favor, there is a strong sentiment that they will do everything in their power to oppress and overturn it. Hence, although the municipal victories of the opposition, especially in major AKP strongholds like Istanbul and Ankara point to the AKP losing power, the incumbents will not go down without a fight.

The Kurdish question seems to be as relevant as ever in Turkey. How has society accepted the repressions against pro-kurdish People´s Democratic Party (HDP) and how would you describe the situation the Turkish kurds find themselves in when the ruling Justice and Development Party (AKP) is constantly trying to whip up support for tough measures against kurdish extremists at home and abroad?

Turkey’s Kurdish issue is a litmus test for any political actor claiming to be democratic. In that sense, unfortunately all political parties but one have failed this test in the past. The existence of a militant arm of the Kurdish political movement has been a major alienating factor among the non-Kurdish citizens in Turkey, and the rhetoric of successive governments since the late 1980s until the present day have exacerbated the anti-Kurdish sentiment among the general public. The People’s Democratic Party – its spokespeople, leaders, and elected deputies alike – have time and again denounced violence, but the biases are much stronger than facts when it comes to the Kurdish question in Turkey. The success of the Iraqi Kurds, and the present (mostly successful) military and political endeavors of the Syrian Kurds have caused the Turkish government to use a stronger hand against Turkish Kurds, in an effort to preempt an emboldened nationalist movement among this group. Coupled with the political success of the HDP back in 2015 (the first time a pro-Kurdish party was able to surpass the 10% national election threshold and form a parliamentary group that would have been larger than that of the nationalist MHP’s group), which the AKP saw as a threat to its own rule, it adopted a policy of penalizing anyone who is active in pro-Kurdish politics or anyone who sympathizes with the cause outside of politics. So we saw the jailing of Kurdish politicians, and the purge, prosecution, and the jailing of academics and others (for instance members of the ‘Academics for Peace’ group who signed a petition back in 2016), who voiced opposition to the government’s violent crackdown on Kurdish cities in southeastern Turkey. So, I disagree with the wording ‘Kurdish extremists’ in your question. The crackdown is not on the extremists, nor is it only on the Kurds. And due to the ‘national security’ framing of the Kurdish issue, the government is able to get away with these measures.

In the war in Syria Turkey has been the most prominent supporter of moderate opposition forces even though it was unable to prevent the regime forces from pushing the rebels out from many parts of the country. The Idlib ceasefire deal between Turkey and Russia froze the war on that front but has left Idlib in the hand of extremists. It seems that Ankara´s will and probably threats are the only thing that prevents a costly military conflagration in and around Idlib province. Why doesn´t Turkey just cut a deal with Damascus and Russia and withdraw support for the rebels on the condition that the Syrian government will have to take care of the refugees itself?

What are ‘moderate’ opposition forces? There is a war in Syria and no side is ‘moderate’. Moreover it has been journalistically documented that Turkey has served as a route through which some of these groups were armed (although the official line is that there were never any weapons that went to Syria through Turkish land). As for the question of why Turkey does not cut a deal – my understanding is that they indeed have cut a deal (albeit an impossible one) in the Sochi Agreement last September. Turkish troops, through their checkpoints were responsible for the security of certain routes around Idlib, but they have not been successful in delivering this security and normalization. Short of a full military campaign inside Syrian territory, Turkey will not be able to accomplish much there, and it does not want to risk losing the cooperation of Russia (simply because they are the counter force to YPG-friendly US). Turkey cannot simply extract itself out of the conflict, mainly because it needs to have a say in any post-conflict formation, and ensure that YPG will not constitute a threat; and also because in the longer term it would like to be involved in the reconstruction of the non-regime controlled parts of Syria.

Turkish leader Erdoğan is known for his support for regionally isolated Qatar, the Muslim Brotherhood and the Palestinian cause. This means that relations with Saudi Arabia and its allies, Egypt and Israel are tense. Could you explain how you see the goals and principles that guide Turkey´s foreign policy in the Middle-East?

Recep Tayyip Erdoğan’s vision as a leader goes beyond Turkey’s borders, and has always been as such. He would like to be the leader of the Muslim world, at least in the Middle East, and present himself as the counter-hegemonic, counter-Western resistance in this region. This has ramifications from the soft power tools that this government uses (such as educational investments, civil society influence networks, and development / humanitarian aid) to foreign policy positions. AKP’s founding ideas have underpinnings in the Muslim Brotherhood ideology, and although both are not heterogeneous political movements, they still share certain causes, like the Palestinian issue and a more open space for religion in politics. The deployment of religion in foreign policy, then, is not only out of a religious cause per se, but it is a political one.

Turkey´s western partners, Estonia included, are observing what they consider a dangerous diplomatic tilt towards Russia and the axis of authoritarian governments in general (for example China and Venezuela). Despite disagreements on Syria, Ukraine, Crimea and Nagorno-Karabakh conflict among others, it seems that Erdoğan´s government is able to find more common ground with Russia than with its NATO ally the United States. There are many reasons why relations between the West and Turkey have soured but does this warrant a strategic shift that Erdoğan is flirting with?

I somewhat disagree with the premise of this question. Turkey cannot afford to shift strategically at a time of economic vulnerability. Turkey has a fraught relationship with the US, as well as a fraught relationship with Russia, and Erdoğan’s calculation is to keep all options available in case one of these relationships goes sour. Indeed very recently he stated that ‘the compass of Turkey shows the European Union’, despite a decade of troubled relations with the EU as well. Having said that, Erdoğan’s personal disposition is very different than those of his predecessors, in the sense that he is not afraid to punch above his weight. Most of the time he cannot get his way, but sometimes he does, and wins points for it domestically and internationally. The debacle around the Russian S-400 systems versus American F-35 planes is a good case in point. If Erdoğan is indeed able to get his way, he will go down in history as the Turkish leader that put an end to Turkish dependency on U.S. and NATO in terms of its defense needs.

Sanem Güner is Assistant Director of the Hollings Center for International Dialogue. Prior to joining the Hollings Center in 2008, Sanem Güner served for several years as programme officer at the Turkish Economic and Social Studies Foundation (TESEV) in Istanbul, one of Turkey’s leading civil society organisations. At TESEV, she managed projects on EU-Turkey relations; democratisation and international civil society networking; civil society-state dialogue in the Middle East and North Africa; women’s empowerment and gender issues; and Turkey’s foreign policy. She has organised and contributed to many international conferences and workshops in Istanbul and has a wide network of contacts in Turkey and throughout the Arab world. 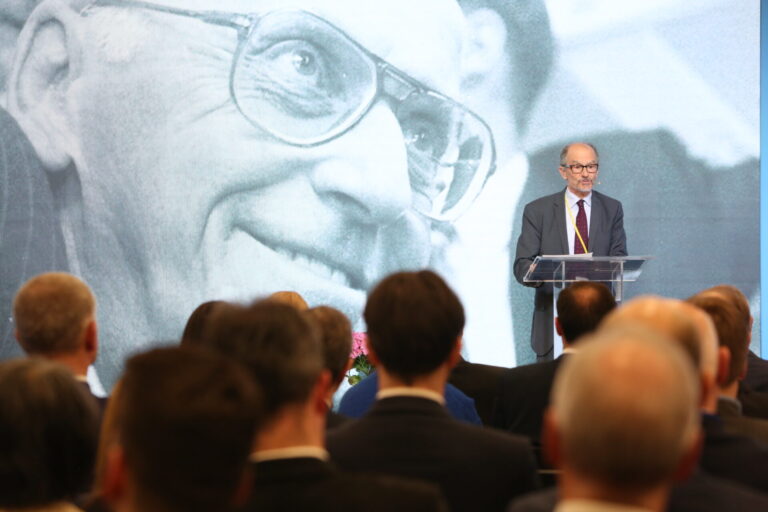 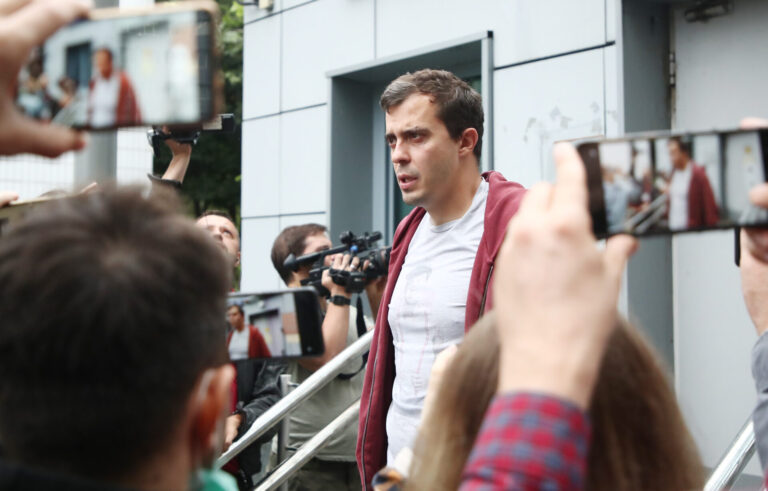 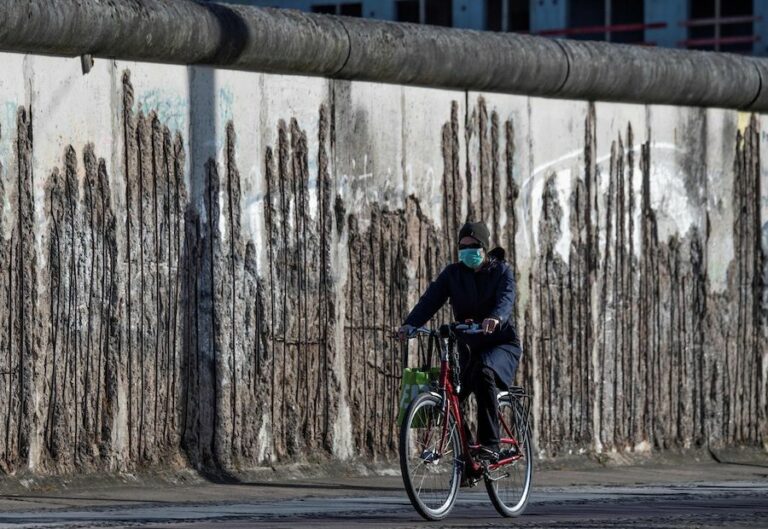