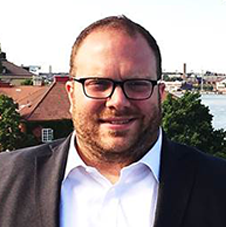 Since 2015, Benjamin has served as a European energy security and science and technology policy advisor for the U.S. Department of State’s Bureau of Energy Resources (ENR), where he also has served as the IEEE Department of State Science and Technology Policy Fellow. In his role at the State Department, Schmitt focuses on European energy security and diplomacy engagement across the Eurasian region, to develop and implement novel policy strategy for the advancement of joint U.S. and EU shared priorities at the intersection of energy security, national security, and geopolitics, while directly advising senior ofﬁcials from the White House, State Department, and Department of Energy, among others across the U.S. Government. Previously, Schmitt served as a NASA Space Technology Research Fellow while pursuing physics research at the University of Pennsylvania, focusing on direct imaging of the Cosmic Microwave Background in support of experimental cosmology research goals. While at Penn, Benjamin’s graduate research primarily concentrated on the development of novel millimeter-wavelength imaging technologies framed through the design and integration of ACTPol, a polarization-sensitive receiver upgrade for the Atacama Cosmology Telescope, located at over 5,190 meters in elevation on an extinct stratovolcano in Chile’s Atacama Desert, where Schmitt helped lead ﬁeld deployment operations over a several-year period. Benjamin’s ACTPol research was also supported by a National Science Foundation Graduate Research Fellowship Program award. An accomplished opera singer, Schmitt has also previously served as a U.S. Fulbright Research Fellow to the Max-Planck-Institute for Nuclear Physics in Heidelberg, Germany, and before that served as an X-Ray Diagnostics Researcher focusing on inertial conﬁnement fusion research at the U.S. Department of Energy’s Laboratory of Laser Energetics at the University of Rochester, where he received a Bachelor of Science degree in Physics and Astronomy, as well as a Bachelor of Arts degree in Modern German Languages and Cultures, and Mathematics.
Subjects:
Energy
Updated: April 28, 2018
Share 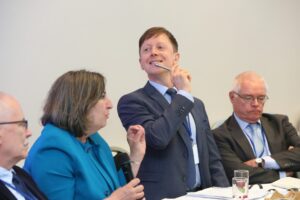