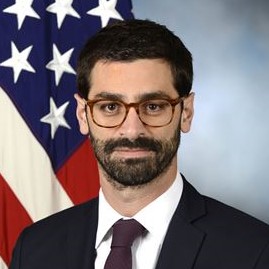 Assistant Secretary of Defense for International Security Affairs, US Department of Defense

Robert Story Karem is the Assistant Secretary of Defense for International Security Affairs. In this role, he serves as the principal advisor to the Secretary of Defense on policies relating to the Middle East, Europe (including the North Atlantic Treaty Organization), Russia, Eurasia, Africa, and the Western Hemisphere. From June to November 2017, Mr. Karem performed the duties of the Under Secretary of Defense for Policy. Prior to his nomination, Mr. Karem served on the Presidential Transition Team as an advisor to Central Intelligence Agency Director, Mike Pompeo. Previously, Mr. Karem was the principal foreign policy advisor to Jeb Bush. From 2011 - 2015, Mr. Karem served as the national security advisor to Congressional House Majority Leaders Eric Cantor and Kevin McCarthy, where he was responsible for managing a wide range of foreign policy, defense, and intelligence issues for the House Republican Conference. From 2005 until 2009, he served as a Middle East policy advisor on Vice President Richard Cheney’s national security staff. He subsequently served as an advisor to the former Vice President, assisting with research and editing of the former Vice President’s memoirs. He concurrently served as a Research Fellow at the American Enterprise Institute. Prior to working at the White House, Mr. Karem was a Legislative Assistant for foreign policy in the office of Senator Mitch McConnell. He has also worked as Research Assistant at the Center for Strategic International Studies. Mr. Karem is a graduate of Columbia University.
Subjects:
Russia, West
Updated: May 31, 2018
Share 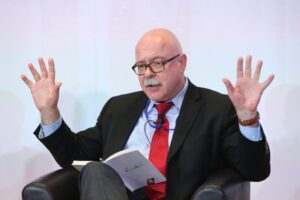