On Science Fiction and Warfare: Thinking Outside the Box

Public views and perceptions of technology are influenced by science fiction. 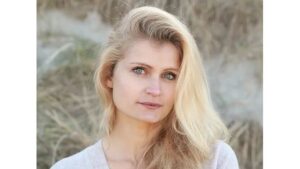 All security researchers, and particularly those who work on warfare and military technology, are science-fiction fans. If this is an exaggeration, it is only a small one. However, as a community, we have for a long time been rather squeamish about this fact, fearful of not appearing sufficiently serious. However, with the increased acceptance of scientist geekiness in pop culture in recent years (The Big Bang Theory), and the personalisation and approachability of research and the researcher through Twitter and other social media, acceptance of referring to science fiction, including in “serious” writing, has increased. An example is Paul Scharre’s recent book Army of None, a treatise on autonomous weapons. Although a well-researched and highly comprehensive book that discusses all important aspects of the development and use of new military technology, Army of None features more than fifteen different references to science fiction.

This is a positive development that the community should embrace rather than reject. In fact, we should take science-fiction writing and other literary predictions about warfare seriously, understand their impact on public opinion, and use it as a tool to inform as well as entertain.

There is an obvious reason it makes sense for scholars to keep an eye on science fiction: it and other literary predictions can provide ideas about how (some) people see the future. This is particularly relevant for those researchers interested in the future of warfare and military technology—the most important sci-fi franchise in the world is called Star Wars for a reason. In fact, ever since H.G. Wells wrote War in the Air in 1908—imagining a future world war fought with dirigibles, balloons and aeroplanes—military science fiction has been a major subgenre of sci-fi and military technology has played an important role.

Of course, science-fiction writers rarely claim that they are aiming to predict the future accurately. But this is an advantage rather than a problem, as it means that writers are allowed to think more outside the box and be more courageous in their thinking. Unsurprisingly, there have been several “serious” thinkers who deliberately ventured into science fiction as it gave them freedom to play through scenarios. The aforementioned H.G. Wells is an example. Although known today mainly as the author of The Time Machine (1895) and The War of the Worlds (1897), Wells wrote in many genres, including political and social commentary, before turning to science fiction.

More recently, Peter W. Singer, a Brookings expert with a Harvard PhD, decided to team up with fiction writer August Cole. The result was Ghost Fleet, an account of a hypothetical future war between the United States and China in the near to medium-term future. The clue: the book is science fiction in so far as it is set in the future and includes futurist technology (and describes a war that we hope will not materialise). Yet it also integrates military technologies and systems that are currently in development, thus describing a future world war as it could develop and educating the reader about today’s weapons research.

But there is another reason the expert community should care about science fiction. Not only are all the experts who work on questions of the future of warfare influenced by science fiction; this is equally true of political decision-makers. A few years ago, Air Chief Marshal Sir Andrew Pulford, the UK’s then British Chief of the Air Staff, mused that “a Terminator 2-type world where machines can make decisions for themselves” was “undoubtedly coming”. President Obama admitted that he sometimes dreamed about sending Iron Man on counterterrorism missions.

All security researchers, and particularly those who work on warfare and military technology are science-fiction fans.

Such statements are more than entertaining embellishments. They can have real-life impact. Most prominently, science-fiction writer Isaac Asimov’s “three laws of robotics”, taken from his 1942 short story Runaround, are regularly discussed as serious proposals on how to programme future military autonomous weapons. The aptly nicknamed US “Star Wars” programme—officially the “Strategic Defense Initiative”, a system to protect the US from ballistic strategic nuclear weapons—was inspired by science-fiction writers who advised US President Ronald Reagan.

That both researchers and policymakers are keen on science fiction is not surprising—because looking into the future is what both are trying to do. While generally less entertaining, the different “Visions”, “Joint Visions”, “Roadmaps”, “Technology Vectors”, “New World Vistas” and “Global Trends” are not that far removed from science-fiction writing.

But most importantly, it is the public more broadly whose views and perceptions of technology are influenced by science fiction. As Jacquelin Schneider, Assistant Professor at the US Naval War College and an expert on autonomous weapons, recently pointed out, no press article on artificial intelligence in warfare can do without references to “War Games, Terminator or Star Trek”. This has direct impact on the public. From personal experience I can confirm that no conversation about weapons technology—in particular, drones or robots—takes place without science fiction being mentioned and, most of the time, the reference of choice is Terminator, the 1984 movie starring Arnold Schwarzenegger, and its four sequels. In these, Schwarzenegger plays a robot assassin sent back from 2029 to hunt down the mother of the future leader of the human revolution against their robot overlords. In conversations, the Terminator reference, as suggested by his most famous line in the movie, has the tendency always to come back. (Fittingly, the name for the US drone MQ-1 Predator was most likely inspired by another Arnold Schwarzenegger movie, with that title). Paul Scharre notes in his book:

With regard to the regulation of new (military) technology, the general public is playing an increasingly important role, meaning that their views matter a lot.

In fact, the public has been influenced by science fiction to an extent that most researchers have not yet sufficiently understood. And in most cases, as illustrated by Terminator, this influence has been negative (though it also lies behind the fascination many people show for futuristic military technology). Despite there being some good utopian science fiction—such as Iain M. Banks’s Culture novels—as a genre, sci-fi tends to be gloomy. It is often set in post-apocalyptic worlds, and when it features robots or machines most of the time they are the enemies and enslavers of humankind. This theme goes back all the way to Wells’s The War of the Worlds, in which the earth-invading Martians bring with them three-legged fighting-machines, the tripods, armed with a heat-ray and poisonous “black smoke”, a chemical weapon that they use against the earth’s population.

It is crucially important for scholarship to understand these influences, and not only because they can help explain public attitudes. With regard to the regulation of new (military) technology, the general public is playing an increasingly important role, meaning that their views matter a lot. For example, the debate currently taking place over the United Nations Convention on Certain Conventional Weapons on a potential ban or regulation of lethal autonomous weapons was initiated by public-interest groups, most notably the Campaign to Stop Killer Robots. As policymakers struggle to regulate AI and other technological developments, the voice of the public will be particularly important. Hence, understanding what influences public perception is a crucial insight for researchers.

Finally, this shared interest in science fiction between experts, policymakers and the public also means that science fiction can provide a common frame of reference. This is a function pop culture generally serves. Science fiction can serve as an educational yet entertaining tool that allows serious matters to be discussed in an accessible way—as shown by Singer and Cole with Ghost Fleet.

If the research community takes note of science fiction’s crucial importance in public opinion and work to understand it better, it could help advance the public debate and allow for better communication between different groups. For this to happen, we should, however, refrain from only referencing the Terminator and, like sci-fi writers, allow ourselves to think outside the box. 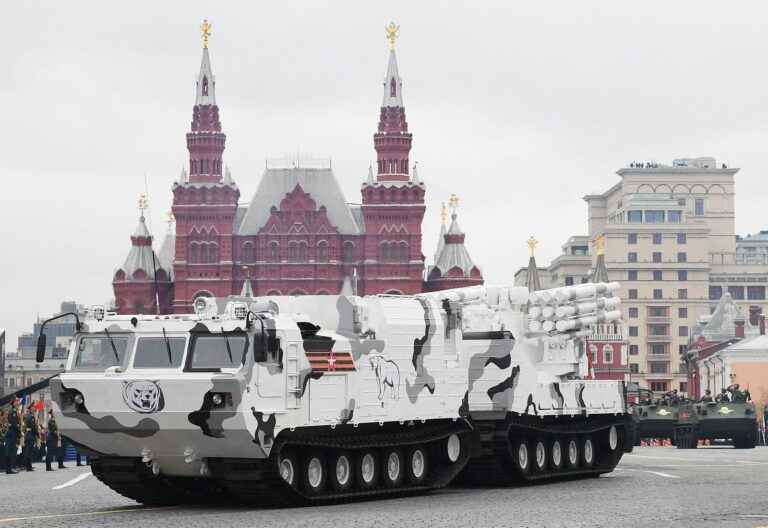 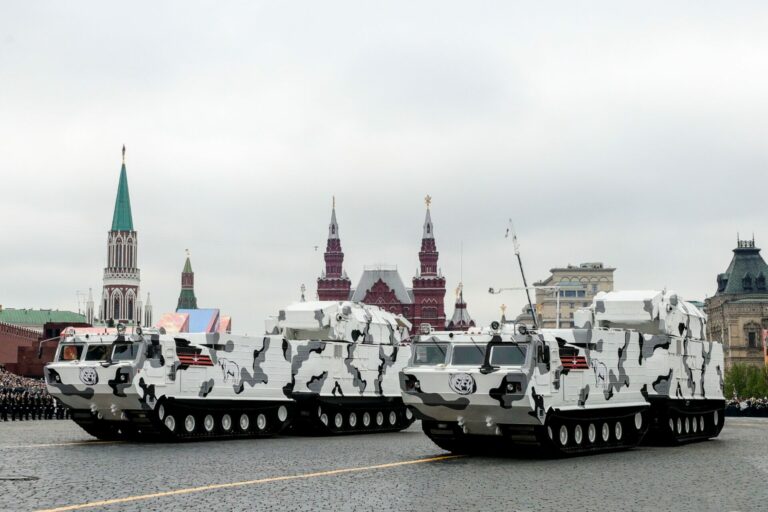 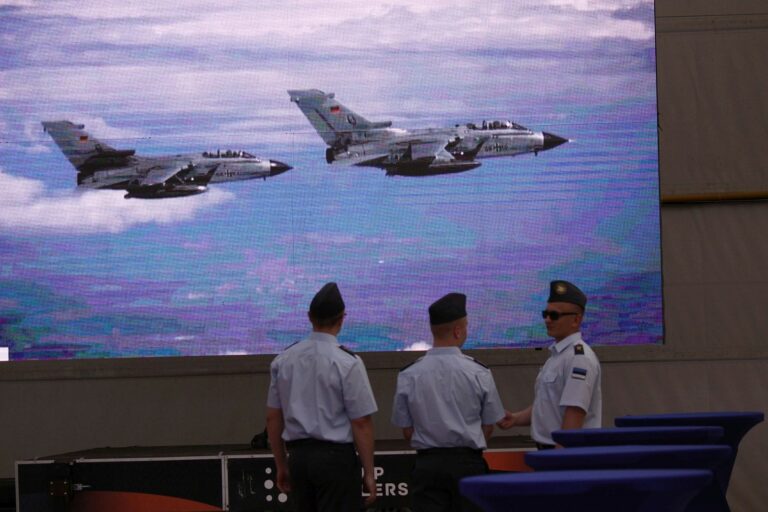