“Europe has one past, but an infinite number of futures,” president Lennart Meri said, thus emphasising that nothing is predestined. It is impossible to change the facts retrospectively, but it depends on our efforts and will which choices and solutions become reality from the infinite variety of future possibilities. 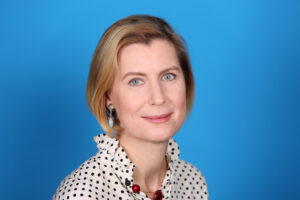 The Lennart Meri Conference (LMC) 2019, the 13th, is entitled “One Past, Many Futures”. In March this year we would have celebrated president Lennart Meri’s 90th birthday. To pay homage to him and mark his continuing legacy in foreign- and security-policy thinking, this year the panels and the conference itself are named after quotations from his speeches.

The special edition of Diplomaatia that you hold in your hands is dedicated to the LMC. The conference will focus on crucial foreign- and security-policy issues, dealing with risks to societies based democratic values and the rule of law, the struggles for a life of liberal order, the confrontation and conflicts between NATO’s adversaries as well as between allies, the forthcoming European Parliament elections—which can be seen as referendum on Europe—and many others.

The keyword of the whole conference is “future”. LMC 2019 will have a special focus on youth, giving voice to their perceptions of the emerging challenges. The panel entitled “Look into the Future: It Is in Our Hands” will give a voice to the young actors of today, who will be running the show in the next 10–15 years. It provides an opportunity to listen to (and maybe even take into account) their opinions on crucial issues such as the (re)definition of European core values, migration and its consequences, and the competing ideas of integration and isolation.

Articles by some of the panellists are featured in this issue of Diplomaatia as our contribution to making their voice louder.

But we cannot look into the future without remembering the past. To quote Lennart Meri again: “The process of growing up is of facing the past as well as the future”. In this time of deepening confrontation and serious questions of identity, nationalism, sense of belonging and community, we could turn to him for a lesson in how he preserved his Estonian identity, while at the same time being the quintessential bearer of European values and mentality. A special exhibition will be opened during the conference in which the authors Rainer Sarnet and Rein Pakk show through the prism of humour Lennart as a statesman who can step across time. As with the conference panel titles, Lennart’s words in the cartoons are his own. Some of the pictures are featured in this issue of Diplomaatia.

I wish to all of us the same wit, courage, intellect and sense of humour as Lennart Meri had to deal with the challenges that lie ahead of us. Enjoy reading Diplomaatia and the conference!