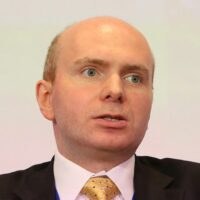 Erik Eenlo: After the Salisbury incident and Western missile attacks against the Syrian regime in response to the chemical attack in Douma it seemed that relations between Russia and the West had hit rock bottom. Now though, Russia finds itself in a position where European powers are striving to cooperate with the Kremlin on preserving the Iran nuclear deal and are urging Moscow to mediate between Israel and Iran in Syria. How would you describe Moscow´s position vis-à-vis the West in light of the recent developments?

Sergey Utkin: Politicians are usually more pragmatic than they want to look in the eyes of voters. In politics one does a lot of bargaining, using various negotiations tactics, and exaggerations that are meant to make your opponent respond in a way you would like them to respond. Russian decision-makers tend to believe that much of the horrible stories about Russia that developed lately were staged in order to make Russia weaker politically, and to push it towards course adjustments in the areas of harsh disagreements with the West. At the same time, this attitude doesn’t exclude a possibility of substantial deals with the West. The prerequisite for the deals would be taking Russian concerns into consideration rather than hoping that Russia would eventually agree that it had just been wrong during most of the ongoing crises, while the West was right. We will most probably keep seeing a combination of conflict and cooperation in this difficult relationship.

Russia has been extremely aggressive in pursuing its political objectives in the West with subversion, cyber operations, disinformation in recent years. By now though, Russia has lost its ability to hide behind „plausible deniability“ as even Western countries have realized what it is doing and have begun to push back. The sanctions regime against Russia is stronger than ever. Has Russia overplayed its hand?

This is not the way it is seen in Russia. Much of the negative stories about Russia published in the West get translated and discussed in Russia but they are mostly faced with disbelief. Some make the point that the same sort of Russia-bashing could be found in the Western sources over many centuries, from the very beginning of the huge state that had Moscow as its capital. The Western pressure causes troubles, of course, but it also creates the ‘rally around the flag’ effect – most people if they have to choose, whom to believe, rather believe their President than any of the foreign powers.

A lot of political developments worldwide had to deal with cyber and information techniques. This is natural that politics is catching up trying to properly understand and regulate the technology that skyrocketed through the last decades. Grey areas that are not properly defined and regulated are still vast, which creates possibilities for malign activities which cannot be properly registered, attributed or prevented through internationally accepted mechanisms. International cooperation on cyber must be stepped up on the global level, where everyone is involved, rather than in regional alliances that create a risk of ever more feuds between camps that adopt different mechanisms and different definitions of rules.

In its official statements about NATO´s approach to strengthening its eastern wing Russia has skilfully changed the causal relationship of factors claiming wrongly that it has been forced to build up its military capabilities in the Western military district due to NATO´s forces approaching its borders. The opposite is true. NATO was forced to do this after Russia started holding massive military exercises based on offensive scenarios behind the borders of Baltic States and attacked Ukraine. How does Russia see the Baltic States in the context of the current exercise of deterrence and hybrid conflict with the West?

What both Russia and NATO did in Europe lately in purely military terms is mostly symbolic. No one is getting ready for a real war, though exercises remain a natural part of forces training. The aim of the symbolic boosts has been to show irritation with actions of the other side, and to make it refrain from activities that would intensify the irritation. In a way, this can be interpreted as a search for a balance, in which both sides would be satisfied with the achieved level of deterrence.

The Baltic states have proved their vitality as nations, and states, which managed to get in the core group of the EU – the Eurozone, as well as in NATO, therefore influencing decisions of these powerful alliances. This makes the dialogue with them more important than it would have been if we talked about purely bilateral dimension of relations. Any attack on the Baltic states would clearly trigger disastrous scenarios. Though there are concerns in Russia regarding political stance of the Baltic states vis-à-vis Russia, as well as regarding Russian-speaking population in Latvia and Estonia, these topics are nothing new, they are being discussed over more than a quarter of a century. Over the same timespan the persistence of these concerns did not prevent any of the Baltic states from trading with Russia and welcoming many Russian tourists. Trade has been affected by the mutual sanctions lately but it keeps going, as business always tries to avoid losing any available opportunities to gain profits. Stopping the ongoing securitisation of Russia’s relationship with the Baltics is a genuine mutual interest of nations but it remains to be seen if the politicians will be up for doing this job.

Russia seems not willing to work towards solving the conflict in Ukraine as long as there is a pro-Western government in Kyiv. Is solving this conflict something that Vladimir Putin needs to do during his fourth term as Russian president or can he simply continue with his policy of no concessions and bleeding Ukraine in Donbass for six more years?

One thing that will hardly happen to the conflict resolution process is a resolution designed in a way that ignores Russian concerns. These concerns to a large extent shaped the Minsk agreements, as accepted by all parties. This is the compromise, which does not satisfy radicals on either side, but can be implemented by moderate centrist politicians.

Whatever the government of Ukraine is, in order to resolve the conflict, it will have to admit that Ukraine is multifaceted, so that all of its regions would have a say in setting national goals. Russia’s problem with the current government in Ukraine is not, in the first place, that it is ‘pro-Western’ but that it is revolutionary, attempting to reshape Ukraine as a state that is determined to leave its multifaceted nature in the past. One can hardly expect a pro-Russian president and government in Ukraine, but one could expect a moderate president who would prioritise peace and stability over a revolutionary transformation.

How does Russia perceive the feverish diplomatic activity currently underway in East Asia? Russia famously made the „double-freeze“ offer regarding the situation on the Korean peninsula together with China last year. What is the preferable solution to the North-Korea nuclear issue for Russia?

As one of the two major nuclear powers Russia is definitely interested in survival of the non-proliferation regime. In this regard, limiting nuclear ambitions of North Korea, Russia’s direct neighbour, is one of the essential concerns. At the same time, any military action against North Korea could be catastrophic for the region. In other words, a way has to be found to limit North Korea’s nuclear military programme by peaceful means. This may be only performed through trade-offs – the country has to understand clearly what benefits it will be getting. And the key benefit would be the one of security – to make sure that whatever is the Western opinion of North Korea’s political leadership and economic model, foreign military force will not be used against the nation. Thus, the current attempt to shape a dialogue between the U.S. and North Korea might play a crucial role both if it succeeds or fails.

Russian political weight in Asia is relatively limited but the country is respected as one of the key impartial mediators. To strengthen its stance in the region, which becomes ever more important in terms of demographics and economy, Russia has to be very careful not to get dragged into conflicts between other parties, which is what it tries to do.

Sergey Utkin is Head of Strategic Assessment Section at the Institute of World Economy and International Relations, Russia. 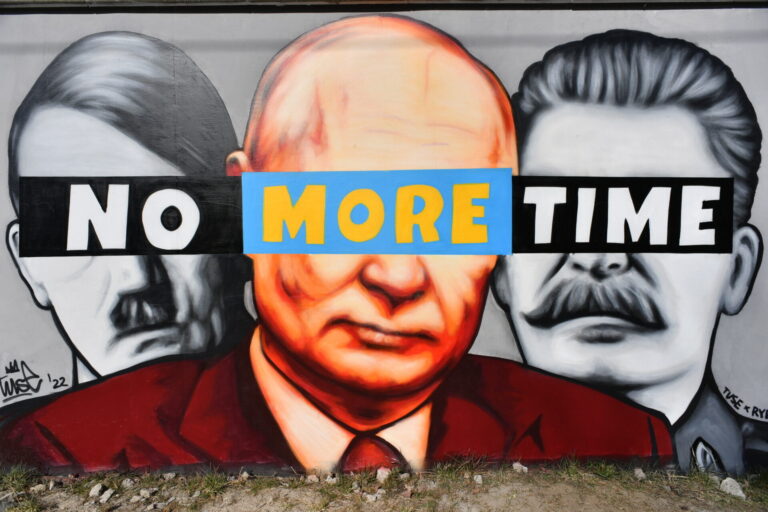