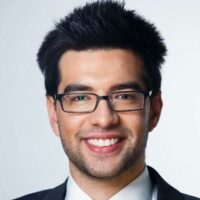 The true power of humanity lies in our ability to believe in shared stories and act accordingly. According to historian Yuval Noah Harari, entities like the European Union and the euro currency exist only with the value the people grant them. It is our stories and our beliefs that make them truly exist.

For the majority of our past, Europe’s story has been shaped by elites, not by its common people. I am tempted to say that we are lucky that the political class had the visionary power to imagine this future, especially after the two world wars. It would have been daring to ask the people of France and Germany, for whom the word Erbfeindschaft (“hereditary enmity”) had been coined, whether they wanted to live together in a union. Hence, we are blessed that a united Europe was envisioned by the founding fathers Adenauer, Churchill, Schuman and Spinelli, as well as notable European heroines such as Simone Veil and Ursula Hirschmann. With their actions towards European integration, they have made war between EU member countries not only unthinkable but materially almost impossible.

Europe at an All-time High?

Europe in 2019, in some ways has achieved the pinnacle of human well-being. Collectively in Europe right now, on average, you probably see the highest standards of living of any group of people in the history of the planet: wealthier, healthier, better educated. The continent has largely been at peace for 70 years. You have unprecedented information at your fingertips. You can travel freely across borders that once were closed. Our societies have made great strides to extend opportunity and educate our children, and care for the sick, and to pursue equality for people no matter what you look like or how you worship or who you love.1

Obama is uniquely positioned to understand the importance of a story believed by the people—without which “Yes we can” would never have been possible. He understands that the Europe of today is, on average, much better off than any other place on Earth in any other period of time.

Yet while the words of the charismatic former leader of the United States are true, it is also true that this message has not reached its people. We, the common people, fail to see the bigger picture, mainly because it is the story of an average, which we can prove wrong by pointing to just one exception that we know to be true of our neighbour, friend or family member. We give more credit to them, because we feel with them. But these exceptions are being measured. There is an important issue here: inequality, in all its forms. For political scientist Staffan Lindberg, the situation is clear:

For health and educational equality, the average level in Europe is sloping toward a situation where at least 10 percent of citizens have such poor healthcare access and 10 percent of children get such low-quality education that undermines their eventual ability to exercise basic rights as adult citizens. Even though Europe has better indicators than the rest of the world, its declining equality is naturally a serious threat to its democracy.2

Hence it is no surprise that the EU faces a stress test of an extraordinary kind: not only over inequality, but also the postponed Brexit (which was initiated by flawed or untrue narratives), the ongoing quarrel over the management of refugees, and the combination of high youth unemployment, lack of economic growth and pending investment in European infrastructure at large, but especially in the regions.

The inability of the current crop of political leaders to tackle these issues with a positive, constructive and pragmatic vision is paired with the inherent problems of missing democratic elements in the EU. Both have helped the continent’s political extremes—especially the far right—to hijack the position of narrator to tell their version of the story of Europe.

Europe’s Leader from Within: The People

The way out—or, rather, the way forward—is to create a new vision and narrative for Europe. What is missing is a charismatic, visionary, truly progressive political leadership for the people of Europe to remind citizens that turning their back on Europe’s Union doesn’t solve any problems, but rather creates many more. However, in the absence of this class of political leaders the void is being filled, as so often in history, by the people.

For the first time in its history the EU today is also shaped by a new, truly European spirit of the people. In the aftermath of the Brexit referendum, the Pulse of Europe movement spanned a network of pro-Europeans reaching more than 120 cities in 18 countries on the continent, rallying for a united Europe. Look at the cities of Bucharest, Budapest or London, where tens, even hundreds, of thousands of people took the streets in favour of the EU, defending the project against every force that seeks its demise.

Moreover, the elections to the European Parliament in May 2019 will for the first time see parties such as DiEM 253 or Volt Europa4 appealing to people across nation-state borders. These are truly transnational European parties that are active in every EU member state and will participate as one party in the forthcoming elections. Europe has not only been trending in politics, but recent years have even seen successful crowd-funded European fashion collections, such as European By Choice, making Europe trendy again.

Among many other groups, we also see our young people taking action on what is important to them: the Fridays For Future movement, started in the heart of Europe, is spreading and gaining recognition in world politics, demanding that current leaders finally take action for future generations, so this story will not be humanity’s last. They have chosen topics (such as climate change) that bring them together regardless of nationality.

The #FreeInterrail movement, led by European activists, has even managed to convince current leaders that it is necessary to let our young people travel across borders on trains free of charge, and helped design the Discover EU project to reach one million people turning 18 in the next seven years. But why just one million and not all our people? Who would turn their back on their friends and family over the border if we really got to know them?

The Private Sector: An Ally of Pro-Europeans

By the side of the people of Europe is a powerful ally that has been profiting from Europe’s neatly-tied development ever since the establishment of the European Coal and Steel Community: the private sector. The European single market can hardly be dismissed by any sane business leader. Hence, it comes as no surprise that executives from the private sector share the vision of a closer united continent of the people; from an economic perspective alone, any business leader understands the benefits of a better-connected environment. Daimler CEO Dieter Zetsche is convinced:

Scattered regionalism is not a recipe for success for a modern Europe. The opposite is the case. All major issues can only be resolved at European level—from financial policy to climate protection and migration. In times of global trade conflicts, Europe needs a reliable policy from the middle of society.

We have heard and will continue to hear business leaders commenting on European developments often in favour of a more open market that allows the talent and innovation they desperately need to move quickly. However, it is up to the political leadership to also draw some red lines to stop businesses misusing policies to play the regionalism card against individual countries, because Europe still lacks a single voice on issues from subsidies to tax havens.

A Grand Vision for Europe: Borderless and Bold

Europe can look back at its past with pride. The project started with peace in the heart of Europe that has lasted more than seven decades. It has brought prosperity, liberty and security to the continent’s 500 million citizens. Yet many of the challenges it faces—such as climate change, migration, energy and digitalisation—know no borders and will not accept any in the long run. We are brought together by our shared visions of the world, not by the countries we are born in, and these big issues need an empowered civil society with no borders of any kind.

There is growing evidence in our midst that we can indeed rely on ourselves being more connected and closer to each other. What makes me optimistic and hopeful about the Union’s future, beyond the trends we have seen in recent years, is that there are an estimated 1.2 million “Erasmus babies”—European citizens who by default have parents from two different EU countries. They are long past calling themselves British, Estonian or Spanish—they are Europeans from birth.

We need a vision and narrative that caters to the needs of these young people and the needs of people in the regions who do not yet feel European because they cannot see what the EU holds for them. In the words of futurologists, we need to redefine the continent and its political constraints according to the MAYA principle: most advanced, yet acceptable.

The EU today provides the four freedoms: the movement of goods, people, services and capital across borders. What is missing in particular is societal security: a minimum, decent standard of living for all our citizens across borders as well as truly democratic powers through the European Parliament, not the European Commission or the European Council.

I envision a Europe that is capable of creating the most advanced political entity, which is at the same time built by the people: a European Union that, whether you call it a European Republic like trending German politologist Ulrike Guérot or something else, goes beyond the constraints laid upon it by the nation-states. A united continent in which the MEPs we elect decide on overarching topics that need to be tackled on a supranational level and support regions, not countries. A union that truly cares about people—a leader of human rights as it once was, at least on paper. A union that secures a decent standard of living in every corner of the continent. A union that sees the strength of Europe’s regions coming together and a family that steps in and supports every member that struggles from time to time to stand on its own feet. 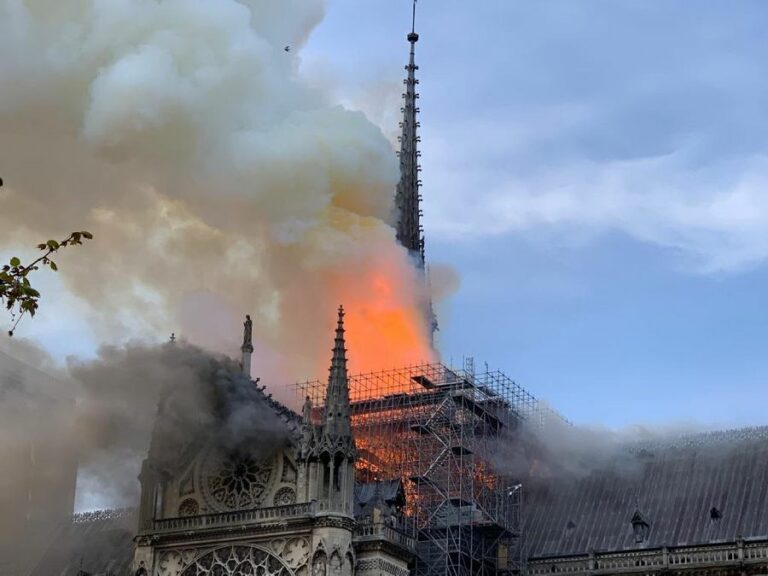 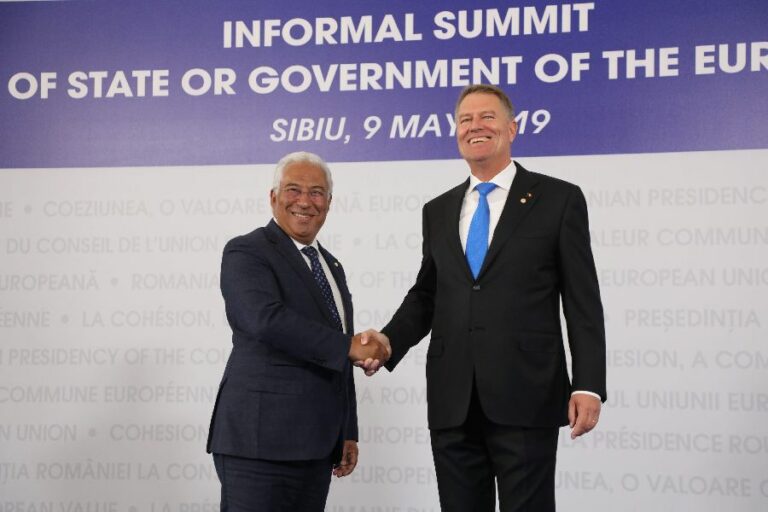 Five Portuguese Priorities for the Future of Europe

How to make Europe relevant to its citizens again?